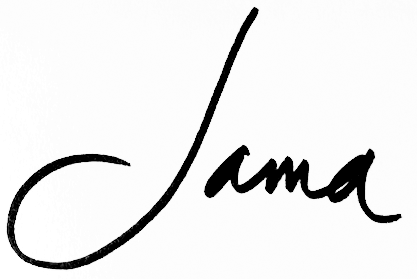 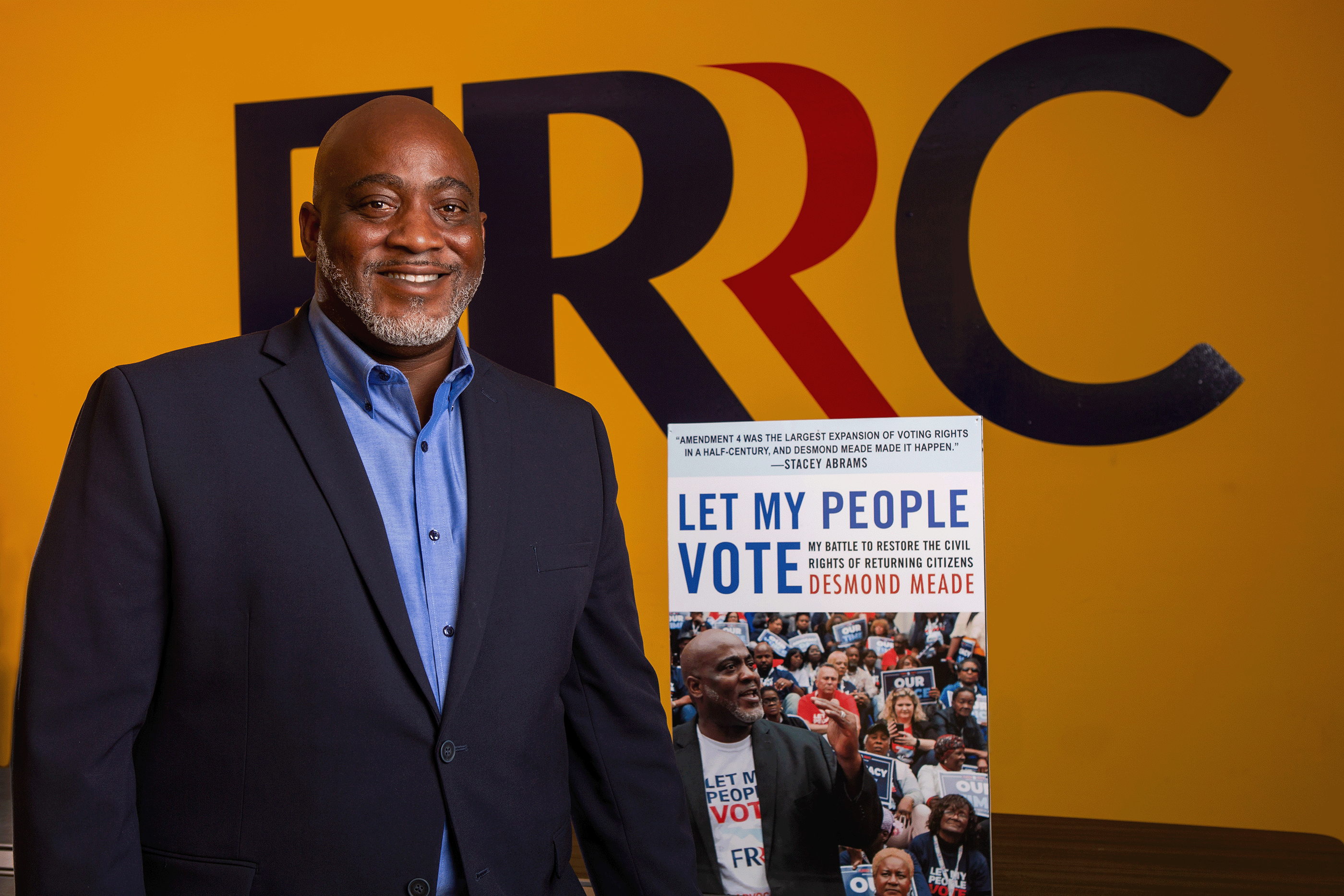 'How to Win With Love' with Time 100's Desmond Meade

Desmond Meade is Executive Director of the Florida Rights Restoration Coalition. He led the historic 2018 victory of Florida Amendment 4, which restored voting rights to more than 1.4 million Floridians with previous felony convictions, the largest expansion of voting rights in a half-century. The grassroots citizen initiative won by nearly 65 percent of the vote - and as Desmond says, “won with love.” In 2019, Time magazine named Desmond one of the 100 most influential people in the world.

'How to Win With Love' with Time 100's Desmond Meade

Desmond Meade has constitutionalized grace. When Desmond and his team would knock on the door of a voter, they would open with this question: “Has anyone you love ever made a mistake?”

“Nothing speaks more to citizenship than voting...for our kids...it brings us together because we're talking about participating in a shared dream of democracy...at its core are 3 famous words: We. The. People."

“Going into communities and engaging people—not in a transactional manner but a relational manner — we can tap into deep desires among people to be part of democracy.”

Passing Florida’s Constitutional Amendment "was about forgiveness, restoration, and love."

Voting is an act of humanity, not politics. "Voting says I AM."

"We got people to vote...not based on fear but based on love...along the lines of humanity."

“We can move the masses, in spite of the efforts to suppress their votes...There are operatives against us - but there are more of us!”

"It takes someone who has lost the right to vote...we don't scare easy so we're fighting back…engage in conversations.” 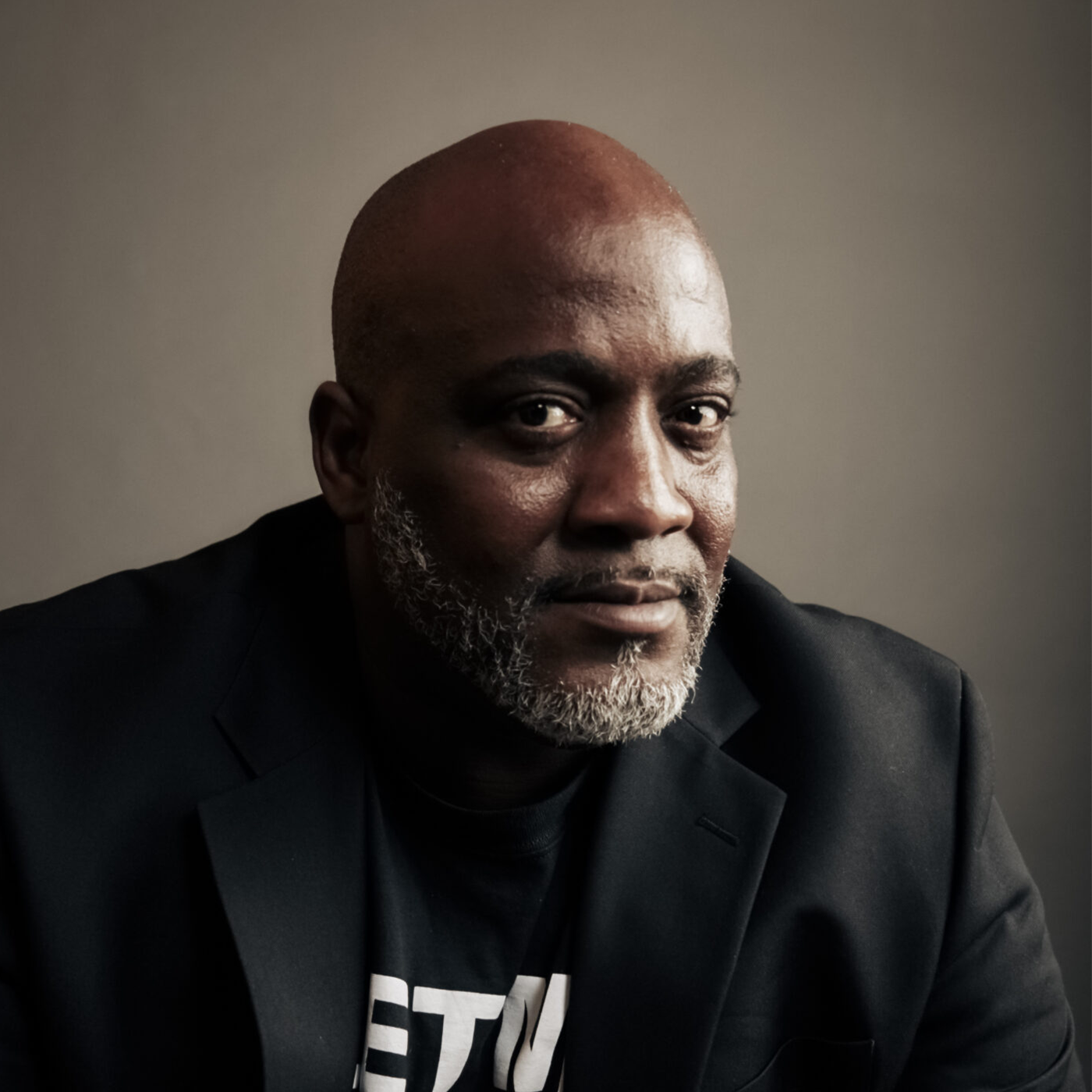 Desmond Meade is a formerly homeless returning citizen who overcame many obstacles to eventually become the President of the Florida Rights Restoration Coalition (FRRC), Chair of Floridians for a Fair Democracy, and a graduate of Florida International University College of Law.

As President and Executive Director of FRRC, which is recognized for its work on voting and criminal justice reform issues, Desmond led the FRRC to a historic victory in 2018 with the successful passage of Amendment 4, a grassroots citizen initiative which restored voting rights to over 1.4 million Floridians with past felony convictions. Amendment 4 represented the single largest expansion of voting rights in the United States in half a century and brought an end to 150 years of a Jim Crow-era law in Florida.

Recognized by Time Magazine as one of the 100 Most Influential People in the World for 2019, Desmond presently leads efforts to empower and civically re-engage local communities across the state, and to reshape local, state, and national criminal justice policies.  His work has resulted in being named Floridian and Central Floridian of the Year 2019.